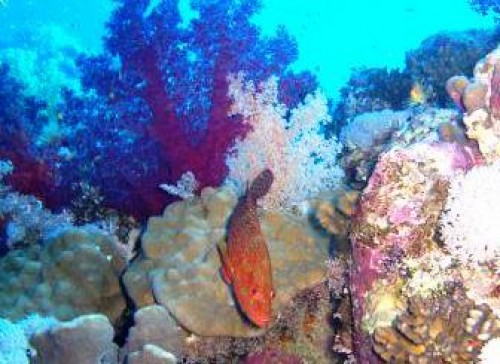 At about 20 miles north from Sha’ab Rumi is located the wreck of the “Blue Bell”, known affectionately as the “Toyota’s wreck”. The Blue Bell was a large cargo ship that sank in the seventies, after an inexplicable strike on to the reef. It was carrying a cargo of Toyota vehicles, most of them now scattered alongside the reef balcony. The Blue Bell lies upside down and tilted on the reef with the stern resting on the sea bottom at around 80 metres depth. Looking at this huge ship disappearing into the abyss is indeed a sight to behold.

Active diving center in this spot